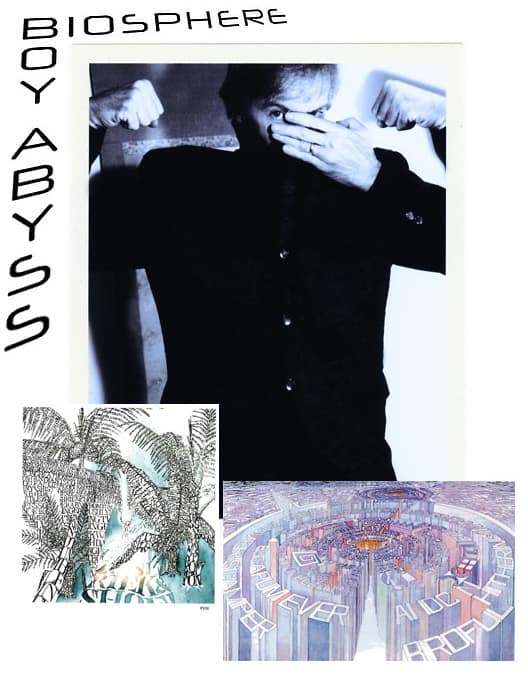 Lyricist Chris Mosdell has written for Eric Clapton, Sarah Brightman, Boy George, Ryuichi Sakamoto and Yellow Magic Orchestra. He has co-written with Michael Jackson, worked with the West African kora master Toumani Diabate, the famed taiko drummer Miyuki Ikeda, collaborated on film scores, operatic works, anime soundtracks (Ghost in the Shell, Gundam, Cowboy Bebop, Texhnolyze, Wolf’s Rain) and was commissioned to write the election theme song for the Social Democratic Party of Japan. In addition to winning the Gold Prize at the Tokyo Music Festival for his lyrics, Mosdell has been awarded the Yuki Hayashi-Newkirk Poetry Prize and, most recently, the Grand Prize for Poetry at the Boulder, Colorado, Festival of Literature.

The innovator of “visic”, a development of visual music, his groundbreaking work culminated in the interactive audio-visual album Equasian. In collaboration with the poet Shuntaro Tanikawa, he also wrote The Oracles of Distraction, a set of ideographic cards adjoined to musical functions; composed the musical soundtrack for the gallery installations of Graham Hancock’s best-selling book, Fingerprints of the Gods, and was commissioned to write the scenario/script for the verse dance-drama Amaterasu: The Resurrection of Radiance, that was performed at London’s Theatre Royal Drury Lane.

As a lyricist Chris Mosdell has stretched every boundary one can in his approach to structure and form. More poetic than a Kerouac or a Bukowski, yet just as blunt and edgy as his predecessors, Mosdell is a must read.
− Razor Reviews

"When I read his lyrics, I see him in a high school chemistry
laboratory, making Molotov cocktails
— his eyes lucid, blue and very clear."
— Ryuichi Sakamoto